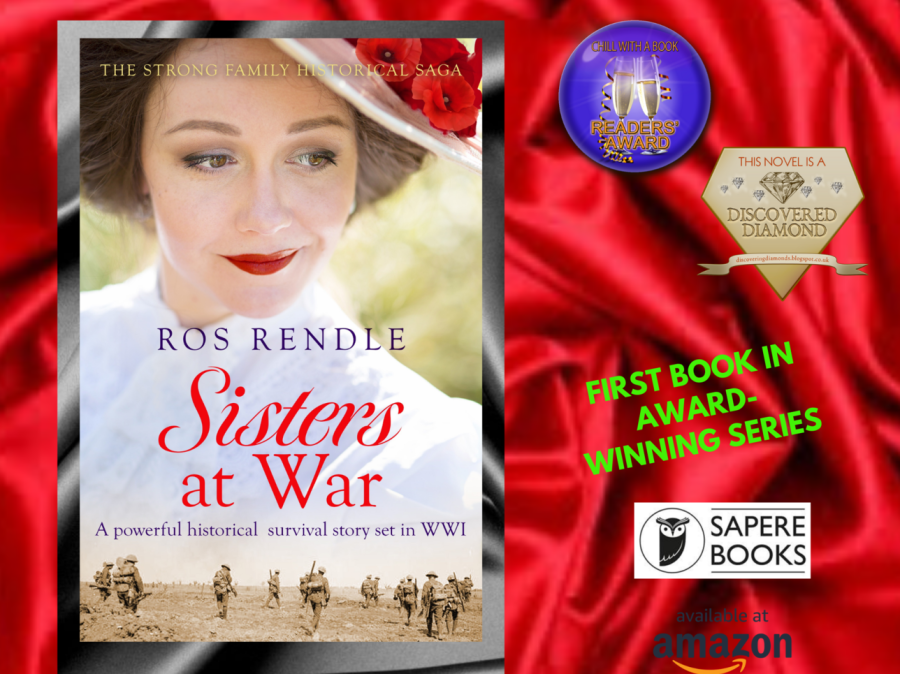 Sisters at War - Book 1 in the Turbulent Times series

Eighteen-year-old Rose Strong has loved childhood friend Michael Redfern for as long as she can remember.

Rose's sister, the beautiful but complicated Delphi is envious of Rose and deliberately misleads her. Believing Michael loves her sister, Rose vows to keep her feelings hidden.

When war breaks out, Michael enlists, and Rose fears for his life as he heads to the trenches of France.

As the war rages on, Rose strikes up a friendship with Thom, a budding engineer. When Thom's feelings grow warmer, Rose must decide whether she is prepared to betray her heart.

Delphi joins the Women's Auxiliary Army Corps while Rose remains at home. It seems Michael and Delphi may grow closer.

But... Delphi is harbouring a secret of her own.

Will Michael make it home safely? Is he destined to be with Delphi?

Or could Rose be the one to win his heart…? SISTERS AT WAR is a breathtaking romantic saga set in England and France during World War 1. It was previously published as Flowers of Flanders but has been substantially re-worked. 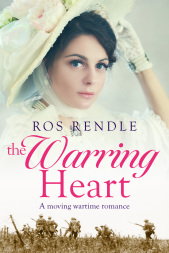 England, 1914 When the man she loves deserts her, young Pretoria Redfern is left broken-hearted. Facing public embarrassment and scandel, her family suggests she becomes betrothed to another as soon as possible to deflect gossip.

Nathaniel Moore soon asks for her hand, having harboured a secret love for Pretoria and wishing to protect her. She senses his kindness and honesty and accepts his proposal, tentatively settling into married life

But with Britain at war with Germany, the newlyweds' peace is soon disturbed. Feeling duty-bound to serve his country, Nathaniel enlists and leaves for the front line in Europe. Though not in love with her husband, Pretoria begins to miss his warmth and companionship. She longs for his safe return. 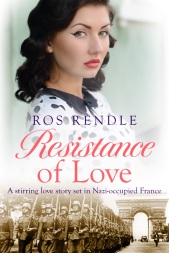 Delphi's peaceful new life is threatened by the spectre of war...

After spending ten years in Australia, Delphi Strong is on a ship back to England with her daughter, Flora. While on board, Delphi meets Rainier, a charming vineyard owner on his way back home to France. Forming an instant attraction, the two share a whirlwind romance before disembarking.

Unable to forget her, Rainier crosses the Chanel a few months later and asks Delphi to marry him. Delphi accepts and she and Flora join Rainier in France.

However, their idyllic lifestyle is shattered when war breaks out again, and the Nazis begin to occupy the country. Forced to flee to the Free Zone further south, the family must now pull together to resist the enemy.

Can Delphi keep her family safe? Will they find a way to defy the occupying forces, or will the brutal regime destroy their peace forever. 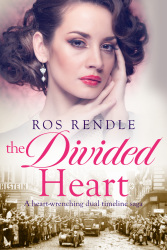 The Divided Heart - the next book in the Turbulent Times series.

This is a dual timeline story set in england and Germany between modern times, with World War 11 and the Cold War.

This book has been described as 'stunning' and 'an enthralling read'. It might make you cry but it's ultimately uplifting.

THE DIVIDED HEART is heart-wrenching a dual timeline saga 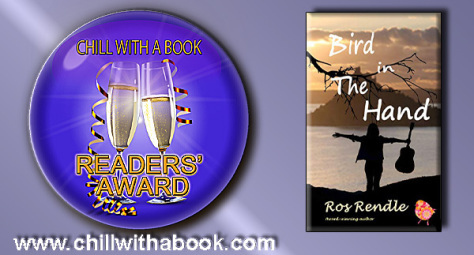 Bird In The Hand

It's 1970 and the height of the sexual revolution and independence for young people.

Set in Cornwall, Charmian is worried her future is mapped for her and repressive. She craves freedom and excitement. That's not quite what she gets.

Bird in the Hand is a story of making decisions for others which reaps heartache. Charmian has two birds in the hand and a third on the way. What's a girl to do?

Charmian and her family have much with which to come to terms and which 'bird' will she end up with?
An uplifting story. Live, laugh, cry with and love these characters. Lose yourself in a 'feelgood' holiday read. 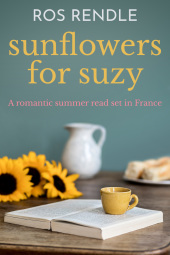 A heart-warming contemporary romance set in the countryside of France.

Among the peaceful and beautiful valleys, Suzy's weary spirit begins to heal. But as she finds herself falling for a man who already belongs to another, she begins to wonderwhether she can bear to stay ...

Has Suzy found her forever home? Is Jean-Christophe the man for her? Or will she come to regret her hasty French escape.